A Psalm of Praise 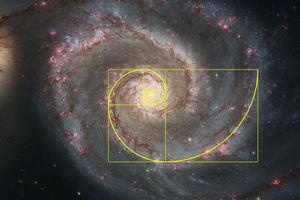 by Madeline Jeffes
The following is written by SRCS Class of 2017 alumna, Madeline Jeffes, who is currently a junior at Hillsdale College in Michigan.
1Come, let us wonder at the order of our Maker
He has molded the corners of creation with his hands;
2His face may be sought in the majesty of the universe
Sing of the way creation declares His glory!
3Seek him in Mathematics!
He has imbued creation with quantity;
numbers speak being in the purest sense,
the clearest declaration of “I am.”
4His beauty is displayed in its elegance.
From four simple acts,
addition, subtraction, multiplication, division,
arise the intricate rules of algebra, geometry, and calculus.
5From the essentials to the ends,
its foundations and layers build a temple to His glory.
6Its presence in nature declares His unity.
the sunflowers that bask in His light,
the fruit of the vine that feeds His people,
the shell of the nautilus swimming in His depths,
and the swirling galaxies that light the heavens
sing His praise in a Fibonaccian spiral.
7Seek Him in Physics!
Its invisible forces declare his mystery;
8Electricity and magnetism, unseen movers of creation,
hold matter together in a balance of attraction and repulsion.
9Only a mighty God could keep the myriad particles in place,
unobserved and uncontrollable by man.
10Its principles demonstrate His reliability.
The world is cursed with the din of chaos;
the laws of thermodynamics and conservation of energy silence the fury with order.
They tell of a God who will not be moved.
11As the fabric of the universe obeys His unbreakable laws,
declare His worthiness by following the statutes in His Word!
12His gravity unites all things together;
the attraction of all bodies to one another
links creation across light years to join in the dance of the heavens.
13Man to man, planet to planet, galaxy to galaxy,
all move together to declare His sovereignty.
14Seek Him in Chemistry!
From three basic particles come the one-hundred eighteen atoms known by man.
His mystery draws us to further discovery,
seeking the elements He has created.
15Each with its own character, every element declares His fascinating being;
the exploration of their properties may never end.
As we seek the farthest reaches of matter, so we thirst for knowledge of His infinite character!
16It declares His beauty;
with the combination and division of molecules comes vivid color and intricate structure;
deep blues, lively greens, brilliant reds,
perfect hexagons, extensive polymers, and exquisite crystals
leave us in breathless wonder at His artistry.
17It demonstrates His grace;
though the shadow of death stretches over the earth,
He has provided this tool to pull life from its clutches.
18The malfunction of our bodies is reversed by the creation of medicines
that hold back the baleful enemies of disease and time.
19Seek Him in Biology!
It declares His vibrant being;
breath is passed from father to son in an outpouring of His infinite life.
Thousands of genera, millions of species, billions of lives
belie the one true source from which their days extend.
20The beasts emulate facets of their Creator;
the noble tiger emulates His regality,
the steadfast penguin cherishes its egg as the Father watches over His children,
the swift cheetah displays His action and power;
each piece of clay bears the mark of the Potter.
21It declares his Providence for those He loves;
across unique biomes, from the heights to the depths,
each creature is given means of life.
22Fur to temper the cold,
wings to reach a home in the mountains,
gills to pull breath from the waves,
each creature is magnanimously designed to thrive in its place.
23Stand in awe of the Master who sets existence in order!
He condescends to give man dominion over this creation;
the jewels in His storehouses of wonder are entrusted to dust.
24He is worthy of the highest honor and exuberant praise!
Declare His glory to the farthest reaches of his works!